7 Stories of Random Acts of Kindness from Our GISinc Geeks 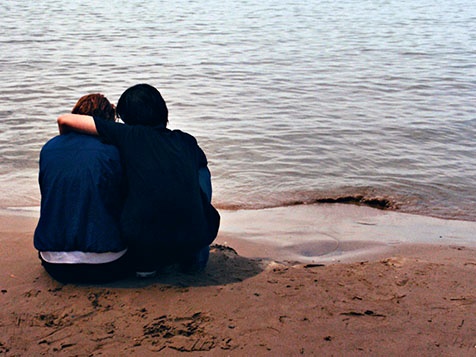 This week is International Random Acts of Kindness Week. It’s all about awareness to step out of our comfort zone and practice kindness. We asked a few of our GISinc geeks to share their random acts of kindness stories. Please share yours with us in the comments below. We’d love to hear them!

Amy - When I was in college, I drove back and forth from Minneapolis to my home in Iowa all the time. Iowa has some long and lonely roads and, if you are a mapper like me, you know we like to take different routes all the time - which is what I typically did. Back then I had an old Pontiac LeMans that always seemed to have something go wrong with it, but I knew how to change tires and be safe in a stranded vehicle. First rule: Do not leave your car and get into a stranger’s vehicle.

One evening I was on one of these rural roads when my tire blew out. I got out of the car to change the tire, with my mad skills, only to realize the spare was dead flat with a leak. The blown tire was in pieces. After a short internal mental breakdown and about ten minutes locked in my car praying, a utility truck pulled up and asked if I needed help. With my window partially rolled down, I told him of my situation and just asked that he call my parents. He said he had everything to fix my tire at home and would air up my spare on the spot to get me there. I could follow him and sit in my locked car if I wanted to, while he fixed my tire. With my guard up, I followed him in my car, having faith that he was a good guy.

As I sat in my car in his driveway wondering what in the world I was doing, his wife came out of the house and knocked on the window. She said she had dinner and a restroom and she promised me no harm would come. I hesitated but did go inside, declined dinner (what could they have put in the food?), but did look around their gorgeous house while the husband fixed my tire. Upon entering one room in their home, a ballet studio, the lady explained to me that their daughter was killed on the side of the road when her car had broken down a few years before. She never got to go to college or live her dream of becoming a professional dancer.

After my tire was repaired, I immediately left and drove as fast as I could for the rest of the 5 hours back to college. I never even asked their names in my scared state of mind. A year later on a bright and warm summer day, I was on the same stretch of road and thought I would try to find their house. I found the road, but could not find the house again. I never had a chance to thank them, but I know in my heart my parents taught me to be cautious for a reason. I hope they did not think I was another ungrateful young’un, though I have had a few opportunities to pay it forward since. The man did not have to stop…and he certainly was not obligated to convince me to let him help me!

Pete - My standard [random act of kindness] is to shovel the sidewalk for my neighbors. I mean, I’m out there anyway, why not? I’ve been on the receiving end too in the way of meals delivered to my family when my wife was in a car accident and also again when my son was in the hospital.

Bridget - I have one from just last week actually. My husband and I were out at Target on his lunch break (so he was in uniform) picking up usual household goods and a guy snuck up behind us and gave the cashier his credit card to pay for our stuff. Turns out he is a former Marine and wanted to show his appreciation for our (my husband’s) service. Now for the double whammy…after Target we went to Chick-Fil-A for a quick bite to eat and the guy in front of us insisted on buying us lunch. Two very kind strangers on the same day! It was really amazing. Now it is my turn to pay it forward.

Rachel - A few weeks ago I was sitting with a friend on a bench and, when we got up to leave, she accidentally left her phone behind. Luckily, we didn't make it very far when the next person to sit down on the bench found the phone and returned it to her. A week later I was having lunch outdoors and the person sitting next to me left her phone behind. Luckily, she didn't get very far either and I handed back her phone. It’s nice having a chance to pay it forward.

Keith - I was on the road traveling from the east coast to the Bay area. I arrived at my hotel room very late in the evening and had an early morning meeting. Upon unpacking I realized I had forgotten my black belt for my suit (yes it was that kind of meeting). I walked down to the lobby to ask the person working at the desk, explained my predicament, and asked if there was anyplace close by to purchase a belt. He said it was probably too late and that everything would be closed. Then he proceeds to take his black belt off and he handed it to me. I explained that I would not be back to the hotel and tried to pay him, but he wouldn’t take the money. I will never forget that guy.

Brian - My wife's mother lives in the Philippines. In the town of Tolosa to be exact, which is only a few miles from Tacloban. If you recall, Tacloban took the brunt of Typhoon Yolanda late last year and was pretty much wiped off the map. The picture (below) shows what was left of her house. She lost everything she had in the world and is very lucky to be alive. As it turns out, they did not evacuate immediately as they didn't know the storm it was coming. They took cover in a local church while the eye was passing over the area - which means they weathered the first half of that storm in the structure you see, including a 20-ft storm surge, sustained winds of 190 mph, and gusts to 235!

Certain individuals found out about our situation and made some things happen. Arrangements were made to get my wife to her mom in the Philippines, along with an extremely generous monetary contribution. There is just no way that we could have helped her without these acts of kindness. I will say that "acts of kindness" is a huge understatement in this particular case.

First, it took a week and several hundred dollars worth of text messages to even confirm that she was alive. Next, arrangements were made to transport her from the devastated area, through Cebu, and on to Manila. It was a dangerous, treacherous journey that ordinarily takes half a day but took nearly a week. From our end we shipped 5 boxes of supplies (100 lbs each), which would arrive at about the same time as my wife meeting her mom in Manila. She found her a place to live, got her settled in, furnished, etc. The boxes contained things like clothes, pots and pans, toilet paper, toothpaste, curtains, towels etc. Many of the clothes were from thrift stores but a lot of the items were from family, private donations, and even Craigslist Free Stuff! We still had to get to the doctor, get new prescriptions, new glasses, new dentures, new underwear, new everything. That may seem like too much information, but so much of this we take for granted! My wife made two treks back to the original house to recover her mother’s property. And all that was left out of her entire lifetime accumulation of "stuff" were two paper documents and three dresses.

I'm more than grateful to those who helped in any way. We could never have done what we were able to without such generosity.

Tammy - A few months ago my kids and I were at the Atlanta Airport on our way to DC. We found a place to eat breakfast near our gate on Terminal D. As we walked in, we looked over to a nearby table to see a young Soldier grabbing breakfast. The Soldier was alone and had quite a bit of food in front of him. He looked as if he didn’t quite know where to start his meal. The kids and I began to take turns guessing ‘his story’… We came up with many ideas that morning. The Soldier only had a few stripes on his shoulder and we could tell that he was pretty passionate about the food spread out in front of him. My kids dug out their wallets, pooled their spending money that I had given them earlier for our trip to DC, added a few dollars of my own, and then the kids got the attention of the waitress. They told her that they’d like to pay for the Soldiers’ meal and handed her the money we had collected along with a napkin that simply said “Thank you!” We quietly walked out of the restaurant - sneaking one last look at the Soldier over our shoulder and headed over to our gate.

We are presented with opportunities every day to participate in RAKs. Share your stories with us!