Moving Up The Spatial Maturity Curve To Combat Fraud 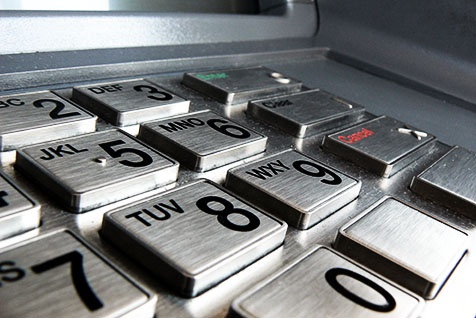 Fraud is related to location. Isn’t this something we know intuitively? Don’t we use extra caution when we are in certain parts of town? It is not surprising to learn that there are often geographic patterns to the crimes committed by all kinds of law-breaking citizens, from average street thieves to your more sophisticated fraud-artists.

Because fraud and location go together, it makes good sense to utilize tools that are built specifically to visualize, analyze, manage, and share location-based data related to fraud activities. These tools are part of a Geographic Information System (GIS).

Fraud prevention and investigative organizations are beginning to recognize the power of GIS for stopping and preventing fraud. These organizations are becoming more spatially mature and this spatial maturity can be represented through simple visualization of data on a map, or by performing more complex spatial analytics and predictive modeling.

What is spatial maturity?

If you are analyzing a bunch of addresses, GPS points, or other location data with charts and graphs instead of a map, then you are likely geographically blind.

Sometimes all you need to do is visualize location data on a map to become location aware. Other times, analytics and predictive modeling is needed to make forward-looking business decisions. This is Location Influenced.

On occasion, fraud and location are so strongly correlated that GIS serves as a technology platform and the means to communicate. This is Location Entrenched.

Ordnance Survey in Great Britain helped to stop the payout of fraudulent injury claims totaling over 250,000 British Pounds (~$400,000). They did it, in part, by making the investigators location aware. The false claimants stated they were on the bus and traveling to their home. By simply mapping their home addresses and visualizing the information on a map, in relation to the bus route, suspicions were immediately raised. It wasn’t logical for those people to be on that bus if they were going home. This information led to some follow-up questioning and, when the passengers involved realized the investigators were “on to them”, they decided it was in their best interest to withdraw the claims. Without the map, follow-up questions about why the claimants were on the bus may have never been asked. Here is a great YouTube video put together by Ordnance Survey describing the case in more detail:

A fraud prevention team at a large bank was investigating a wave of ATM skimming events in Florida. After examining the data with non-GIS tools they decided to plot the events on a map. Immediately, they could see that the crimes were happening along major interstates. When they viewed the data, with time and space parameters, they could quickly see a pattern and could identify likely future targets. They also used sophisticated but easy to implement heat maps and predicative modeling to identify at-risk ATMs and geographic hot spots. Their mitigation efforts on these ATM’s were clearly location influenced.

Waldo Tobler coined the first law of geography. "Everything is related to everything else, but near things are more related than distant things.” When this law is violated, when far things seem to be more related than near things, it’s time to start asking questions. Several years ago, the Louisiana Department of Children & Family Services used GIS technology to detect fraudulent activity in the state's Supplemental Nutrition Assistance Program (SNAP). Asking questions like, “why are some people traveling long distances to make purchases?” led to the recovery of several million dollars in fraudulently spent benefits.

Money orders are a favorite tool of money launderers. Using GIS, the USPS can quickly flag suspicious activity. For example, it is worth asking some questions if a number of money orders that have been purchased from numerous locations are cashed by a single individual or at a single location.

If fraud is an issue for you, then it is an issue for your competitors. Using GIS in fraud detection can give you the competitive advantage. The examples I’ve outlined demonstrate that a GIS, integrated with business systems, can quickly spot fraud and predict trends. The beauty of a GIS is that it is a map-based interface and a map is a universal language. The universal language of a map helps you better communicate with law enforcement so they can get the people hurting your business off the street. So the question is: which bad guys will be caught first, the ones stealing from you or the ones stealing from your competitors?

For many organizations, fraud detection and prevention is just another cost of doing business. If this is the case for you, consider how increasing your spatial maturity with a GIS could improve your results.