You Will Always Be Heroes 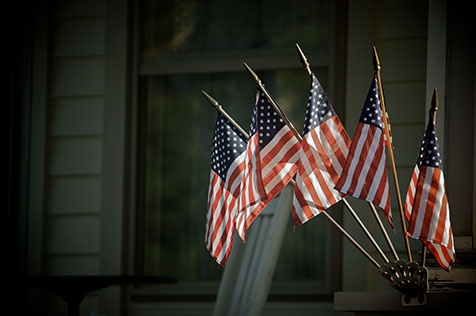 At GISi we would like to express our gratitude to those who are serving, who have ever served, and to the families of the fallen. This Monday, November 11, we remember the millions of Soldiers, Sailors, Airmen, Marines, and Coastguardsmen who have served both at home and abroad.

Here are a few of our thoughts that go out to all Veterans that we honor today for their service and dedication to protect and serve.

Colby: For me...recognition and gratitude for those who have served me, those I love, and my country. It is a commitment that should be honored and respected, which can be done by simply saying “thank you”.

Nik: Veterans Day means many things to me. One, I follow in a long line of veterans - every male and some female members on both my mother's and father's side have served in some aspect of military service, going back beyond the civil war.

Two, I am very proud of my service and still find it amazing that I was, and still am, a Marine even though I am no longer on active service. I am humbled anytime someone thanks me for my service because I did not become a Marine for thanks. I became a Marine because I wanted to serve my country and do something for this country that provides so much and truly asks very little in return. I gave back.

Lucas: For a Veteran, it is a time to remember those you served with and camaraderie that came with. But you also take time to remember that others, and some you served with recently, are still forward deployed - which we often times forget. I think this is lost in today’s society where at most people go to the park to see the flag display. However, with less than 1% of the US population now serving (versus almost 40% of the WWIIKorea generation), Veterans Day becomes the one day when those Americans that don’t have a personal connection are reminded that some still serve. Even if they don’t even know any of them, that may be just a moment as they drive be the park flag display on their day off…but still one moment of connection and remembrance for those who 364 days of the year have no connection to a veteran to remember. Veterans Day is more important now than ever for people to remember Veterans as our population of Veterans slowly decrease in numbers relative to the larger population.

Doug: Unlike Memorial Day, that honor’s our fallen heroes and veterans, Veterans Day is really about honoring all who have answered the call to service of our country. Although our recent memory of the last 10 years+ of war influences our thoughts, it is not just about wartime service. Often when I meet with Veterans that serve in those all to brief periods between major conflicts they seem to discount their service...and that could not be further from the essence of Veterans Day.

Veterans Day gives us a chance to honor and thank all those who have answered the call of service. Veterans Day also should help inspire in each of us that same spirit of service to our fellow countrymen.

Jason: My kids asked me this morning on the way to school what all the American flags were for that lined the streets. I told them they were for Veterans Day and of course they asked what that was. I explained to them that the Veterans are the men and women who protect us and our country…they are the ones that keep us safe and give us freedom. Then I got the ‘What is freedom?’ question, and so on and so on. When the series of questions were over, my daughter said she wanted to meet a Veteran and that they are sooo cool. Then Logan, my son, chimed in and said, “Dad, what do you call the ones on the big battleships? Are they Veterans too?” And that’s when the questions started over.

It was a great conversation with the kids about our Veterans and our country.

Rachel: Veterans Day always reminds me of my grandparents, and now my cousin who is currently serving. My grandfather was in the Army during WW2, shot in the shoulder during combat. My grandmother was a nurse in the Army. I was very young when my grandfather passed away, but according to my grandmother, he didn't talk about his experience. Though there is one story of him consoling another very nervous soldier when they were sailing out to the Philippines. It always reminds me of the bravery and sacrifices our veterans made, and still make, for our country.

Todd: As a veteran myself, this holiday is pretty important to me. This is a day where I do my best to remind myself of all those who served with me and before me: the storied legacy that they have created, the sacrifices they have made, the lives and history they have affected. Veterans Day is an opportunity to recognize and celebrate those who were not content to be observers of history, those who felt a calling to participate in it and leave their mark in some way however large or small. It is also a time for me to ponder the kinship I have with other service members and stand in awe of the great organization that I am privileged to be a part of.

Tim: My uncle served in the Pacific in World War II, enlisted when he was 16. He lost so many friends that reminiscing still brings a tear to his eye to this day. It (Veterans Day) means thanking those who have made great sacrifices, gave so much, and letting them know we are sincerely grateful.

Clyde: As I was sitting on stage yesterday at my grandson’s middle school’s Annual Veterans recognition event, I observed to the Army Vet sitting next to me that there had not been a time in my lifetime that we were not calling our military services to action. On stage with me were veterans from WWII, the Korean War, the Berlin Crisis, the Cuban Missile Crisis, the Cold War, Vietnam, Grenada, Bosnia, Iraq and Afghanistan. The oldest was a 92 year old Navy Seabee who served in Saipan during WWII and the youngest was a 20 year Army vet who had just returned from Afghanistan. Among the group was a Navy pilot that spent 7 years and 9 months in a North Vietnamese prison, a WWII Army veteran of the Battle of the Bulge, a Marine Purple Heart recipient from Vietnam, and other highly decorated veterans. Most of us were not heroes, I certainly was not, although the Principal continued to insist that we were – we just did our jobs. The real heroes were not on that stage, because they didn’t come back. To me, Veterans Day is a time to thank, to honor and to recognize those men and women who, throughout the history of our great country, have answered the call willingly to put themselves in the line of fire to defend our way of life, our families and our ideals, no matter what it took.

Ryan: Veterans Day means taking time to honor those that have served in our nation's armed forces. It is a day to reflect on their sacrifices and how they've protected our way of life and make it possible for us to enjoy the freedoms that we have.

Mike: It’s a day to slow down, reflect, and hopefully appreciate the fantastic sacrifices that so many men and women have made before us so that we have the opportunity to pursue our dreams. We owe it to them to truly give our greatest effort each and every day. I especially stop to remember both of my grandfathers who served during World War II.

Tammy: Veterans Day has always held a special significance to me. I’ve logged 16 years as an Army wife. I’m now an Army widow. For me, this day symbolizes sacrifice; not unlike for many, many others. It’s a legacy - one that I’m very proud of and humbled by. It’s been staggering to see the impact that my husband and the life he lived has had on others especially for my sons, one currently serving in the US Army (recently back from deployment) and the other just beginning his future career path in the JROTC program. My family will pause and reflect today. We will remember all of these heroes for their valor, their loyalty, and their dedication. May their selfless sacrifices continue to inspire us…

From our hearts - thank you fathers, mothers daughters, sons, sisters, and brothers.