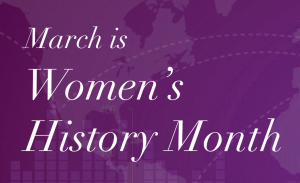 Editor’s Note: The following is the second of a 3-part series celebrating Women’s History Month. In this series, our authors share thoughts about women throughout history who have inspired them.

“But words are things, and a small drop of ink, Falling like dew, upon a thought, produces. That which makes thousands, perhaps millions, think.”

Truer words could not have been written for Byron’s own daughter who would ignite millions of minds with her words. Ada Byron, later Countess of Lovelace, was born in the early 19th century, an era unbefitting of women pursuing scholarly interests.

Although it was rather unheard of at the time, Ada was tutored in mathematics and science. Out of this grew a deep love of numbers; by fostering this newfound love she was able to meet Charles Babbage. The two quickly established an academic relationship by collaborating on Babbage’s “Analytical Engine”, an early model of the computer. To support the conceptualization of the “Analytical Engine” within academic circles, and the general public, Ada penned what would later be called the first programming language. Unlike her contemporaries, Ada was able to think outside of the box and see that the “Analytical Engine” was capable of performing tasks beyond number calculations by utilizing codes and looping. Ada’s work was soon forgotten but was rediscovered in the 1950s.

Ada’s story is not only inspiring to women in STEM, but all women. She has become the namesake of the Ada Initiative - a movement founded in 2011 that supports women in computer science and open-source technology. Every year they have a celebration created in her honor- Ada Lovelace Day. Through her, we can see that it’s ok to go across the grain to achieve one’s dreams.