Simplifying GIS Implementation and Adoption through ArcGIS for Local Government 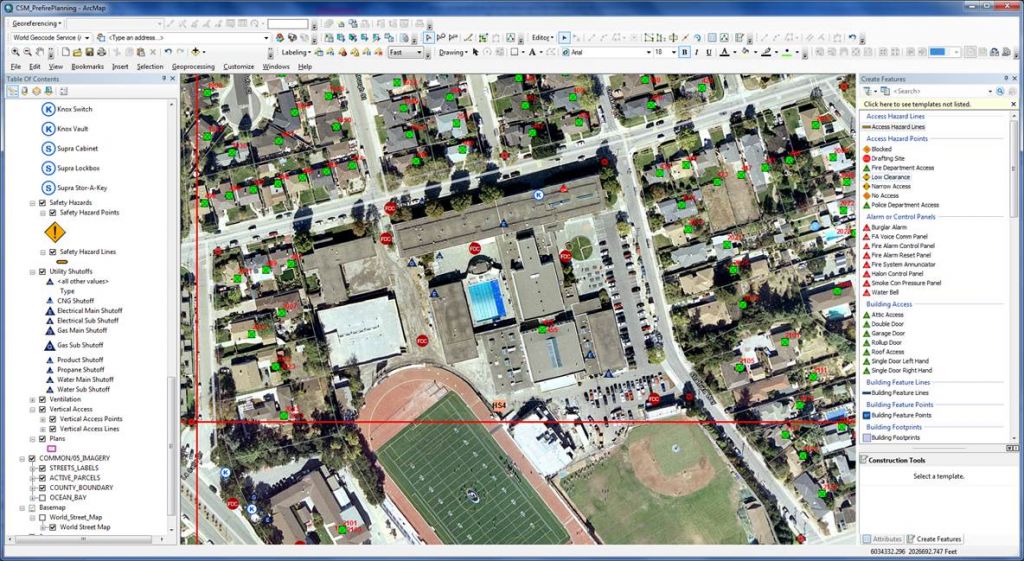 This article may reference Continental Mapping, GISinc, or TSG Solutions. These three legacy companies merged in January 2021 to form a new geospatial leader.

When the City of San Mateo, California chose to migrate to Esri’s GIS software from Intergraph, a primary objective for them was to establish alignment with the ArcGIS for Local Government solutions to aid succession planning. Their goal was that establishing a widely used data schema would aid recruiting of quality future staff. In the past, the City struggled with organizing their spatial data from a variety of locations and formats. Improving the addressing and fire planning processes and supporting an ongoing permitting system implementation provided the initial motivations.

The first phase of the project was to implement Esri’s Address Data Management template. GISi performed the necessary planning and created the ETL necessary to migrate the City’s current data into the ArcGIS for Local Government data model. Through a remote knowledge transfer, we loaded the City’s SDE database and taught their staff how to use Esri’s editing tools in a versioned editing environment. A similar process was used for the Pre-Incident Planning of emergency services. Though the next planned step was to implement the Planning and Notification application, the City chose instead to perform a full adoption of the ArcGIS for Local Government model upon which to build its EnerGov permitting system. In this final project phase, we assisted the migration of over 30 priority layers into the LGIM database, including extending the model for layers that were not a good match. To support a single data repository, more than 120 layers were eventually migrated into the central database.